Ian Kendal Simensen was born on August 12, 1986 in Portland, Oregon to Randy and Lerese Simensen and grew up in Vancouver, Washington. He spent his childhood enjoying music and sports and became a staunch fan of the Denver Broncos at the early age of eight. In high school, his family moved to Auburn, WA where he attended Auburn Riverside High School and it was here that his musical talent with the trumpet began to evolve. Ian excelled academically and especially enjoyed all things band and playing league soccer. After high school, Ian attended the University of Washington and graduated in 2009 with a major in Music Education. Ian also received his Master of Music degree from American Band College. His favorite memories of college were of his Husky Marching Band friends and experiences.

In 2009, Ian moved to the Skagit Valley to teach band in Anacortes, WA. Ian's love of music and unbridled enthusiasm helped him turn the Anacortes band program into a thriving, competitive, and award winning program. He won the Walter A. Brodniak Cultural Education award in 2013.

Ian believed the arts as a whole connected us to ourselves and each other. Ian was diagnosed with brain cancer in August 2016 and fought valiantly for the next 13 months and passed away at the age of 31 on Sunday, September 17th, surrounded by the love of family and friends. Ian left a special mark on Anacortes High School and on the community.

Anacortes Schools Superintendent Mark Wenzel said, “He came to us fresh from the University of Washington in 2009 with a passion for how music can inspire students and bring a community together. He did just that — building an award-winning band program and helping music flourish throughout Anacortes. He set high standards for our students, and they rose to the occasion. While his time with us was tragically cut short, he leaves a legacy of high achievement, connectedness and care for students that will live on with his memory.”

At his passing, Ian’s family, many friends and students contributed to a memorial fund honoring this legacy. Through this fund, the Anacortes Schools Foundation has established the “Ian Simensen Music Scholarship.” Ian’s legacy of family, friends, fun, and music will live on in all of those who were blessed to know and love him, through the many students he inspired in person and will continue to inspire through his scholarship.

"Band students are intelligent, musical and funny, and their growth is the best part of my job,” Ian once said, so it is fitting that his scholarship will be awarded to students with a passion for music and a commitment to academics. 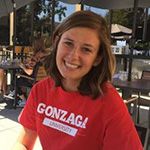 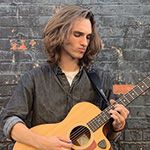 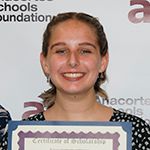